This is 6 Beech's class web page. Here you will find lots of information about our class and you can discover what we have been learning about.

These are the school buddies who are in our class.

Here is our School Council representative. 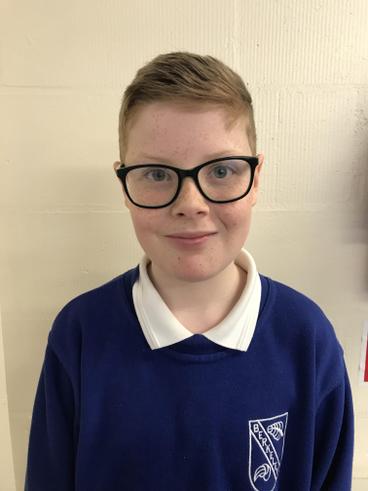 RISE OF THE MACHINES

During the spring term, our topic is 'Rise of the Machines' and we are going to be studying the Victorians.

The Victorian era is what we call the time that Queen Victoria reigned: 1837-1901. During the Victorian era, the Industrial Revolution was happening – this is when scientific inventions meant that it was easier to make things to sell, and that those things could be sent to places further away than before.

EMPIRES OF THE ANCIENT WORLD

During the autumn term, our topic was Empires of the Ancient World and we firstly studied the Ancient Greeks and then the Romans.

'Ancient Greece' is the topic we are looking at first. However, there was never actually one country called ‘Ancient Greece’. Instead, Greece was divided up into small city-states, for example Athens, Sparta, Corinth and Olympia.

Around 2,500 years ago, Greece was one of the most important places in the ancient world. The Greeks were great warriors, thinkers, writers, actors, athletes, artists, architects and politicians. Here are some examples of our work so far.

On 31st October, we held an Ancient Greek and Roman theme day. The children could come to school dressed as a Roman or an Ancient Greek, if they wished. Many of us used an old bed sheet as an outfit - for a toga.

We completed many different activities: we tried Greek and Italian food, we marched as a Roman soldier, we created Roman mosaics, played and designed Greek god top trumps cards and made a Roman mangonel.

This term, our topic is the Romans and we are going to be learning many things about them.

About 2,000 years ago, Britain was ruled by tribes of people called the Celts, however, this was about to change. For about a century, the Roman army had been building an Empire across Europe - now it was coming for Britain!

In AD43, the Roman army landed on the beaches in Kent.  The Romans wanted Britain's precious metals. They called the land ‘Britannia’, which meant 'land of tin'. They built new forts, new settlements and roads. They spread their culture, language and laws.

Unfortunately not the ones with chocolate chips.

Some cookies are necessary in order to make this website function correctly. These are set by default and whilst you can block or delete them by changing your browser settings, some functionality such as being able to log in to the website will not work if you do this. The necessary cookies set on this website are as follows:

Cookies that are not necessary to make the website work, but which enable additional functionality, can also be set. By default these cookies are disabled, but you can choose to enable them below: